The truth about the physical evidence in the O.J. Simpson trial – Part I 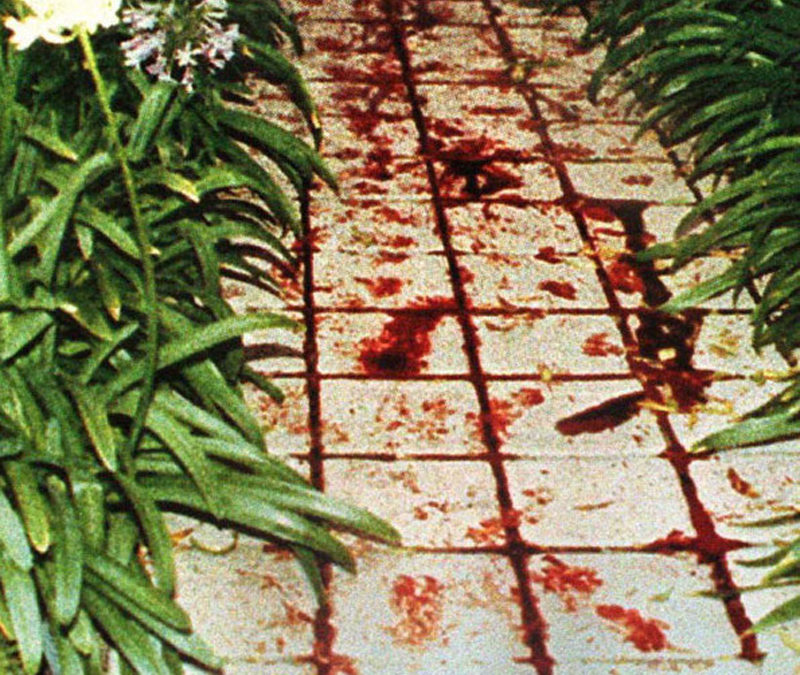 O.J. Simpson, his criminal case and his life, which have recently been seen on television and in documentaries, are nearly as popular of a topic of discussion today as they were in 1994. In the book Blood Secrets, I discuss the case in great detail from a forensics perspective. The excerpts below are quoted directly from chapter six in the book and give some insight into the types of evidence I found and some my theories about the scene of the crime.

“When Nicole Brown Simpson’s white Akita wouldn’t stop barking late on the evening of June 12, 1994, neighbors in L.A.’s wealthy Brentwood enclave went to see if anything was wrong. They found the dog wandering Bundy Drive in front of Brown’s condo around eleven P.M. The Akita was almost frantic- whining, barking, and pacing incessantly. Thinking it might be injured, one man bent down to take a closer look and saw that the animal’s fur and paws were caked with something red. Alarmed, another neighbor pooled over the fence that sheltered Brown’s condo from the street. That’s when they saw the blood. Someone had smeared it all over the walkway. Great rivulets of red had run all the way to the front gate from the condos steps.

Police responding to their 911 call just after midnight spotted the source of all the blood immediately. The body of Nicole Brown Simpson, thirty-five-year-old ex-wife of former pro football star O.J. Simpson and mother of two of his children, was slumped at the bottom of the steps outside her home. Brown had been stabbed multiple times, and her throat had been slashed so deeply that her head had almost been severed from her neck. Laying near her was the body of a man who would soon be identified as Ronald Goldman. […] Like Brown, Goldman’s throat had been slashed. He had also been stabbed repeatedly in the torso and thigh. All in all, he had suffered nineteen stab wounds.

As far as blood evidence goes, the crime scene was a Bonanza. A trail of bloody footprints next to a line of droplets led from both victims to the back of the property. Several objects lay near Goldman’s body, including a bloodstained brown leather glove and a blood-spattered white envelope containing a pair of women’s glasses.

In the months that followed [the crime], I flew to Los Angeles fifteen times to inspect Simpson’s Bronco, gloves, socks, and other bloodstained items from the crime. I spent countless hours with Marcia Clark, supervising Deputy DA Bill Hodgman, and their colleagues, poring over hundreds of photos of the crime scene, trying to understand how events unfolded based on the story the blood told.”

The evidence I mention here, and many more details of the crime, are all listed in the book Blood Secrets. Want to learn more? Pick up a copy or visit the website again soon, when more about the details of the case and the investigation will be discussed in further detail and the evidence against O.J. Simpson begins to compile.