The truth about the physical evidence in the O.J. Simpson trial – Part II 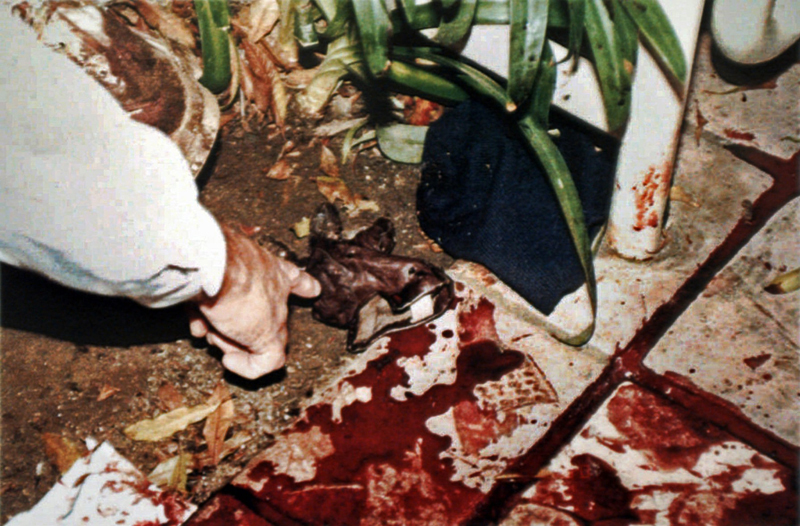 I have worked a large number of murder cases across the US, but nothing about the O.J. Simpson case was typical. The victims, suspect, and evidence were all unusual and fascinating. This blog post concludes with the examination of the evidence, the trial and, in the end, the verdict.

Almost all the blood transfers and smears in the crime scene were sixteen inches from the ground or lower. There was no blood on the upper part of the foliage. What did that tell us? Most of the bloodshed occurred when both victims were already down. […] The autopsy indicated that Brown had been struck on the right temple with a hard object, probably the handle of the murder knife, and either stunned or knocked out so that she put up virtually no struggle. […] Goldman put up a monumental fight. His palms and arms were covered with deep defensive cuts- the same type as the ones visible on Simpson’s knuckle in the photos the LAPD took. […] After careful analysis, we determined that the killer moved back and forth between his victims after they were incapacitated, making sure both were going to die by inflicting two mortal blows.

When detectives pulled up to Simpson’s walled estate, they saw a white Ford Bronco parked with its wheels on the curb, its back end in the street. As Detective Fuhrman was shining his flashlight on it, he noticed a reddish smear on the outside of the door […] as well as what appeared to be more stains inside the vehicle. Later, Detective Vannatter spotted what looked like blood drops in the driveway. Detectives investigated the estate’s grounds. Fuhrman trained his flashlight over the area where Kaelin (a houseguest of Simpson) said loud bumps outside had originated, and the beam fell on a brown leather glove. It looked just like the one at Bundy Drive (Brown’s home), and like that one, it appeared to be stained with blood.

After lab results showed that the glove found at Rockingham was soaked with both Brown and Goldman’s blood, the Los Angeles District Attorney’s Office issued a warrant for Simpson’s arrest on June 17, 1995. At the outset, the case appeared to be almost airtight. Simpson seemed to have done everything but leave his calling card at the murder scene. Lab tests showed that hairs on Goldman’s shirt and inside a navy knit cap found lying on the ground near his blood-covered body belonged to Simpson. So did blood droplets nearby. A pair of socks retrieved from the foot of Simpson’s bed tested positive for Brown’s blood, and its fibers matched fibers found on Goldman’s clothing. Tests of the bloodstains inside the Bronco revealed DNA from all three people- the murder victims and Simpson himself.

Of course, the case turned out to be anything but a slam dunk for prosecutors, who were hardly braced for what the Dream Team had in store. Simpson’s defense lawyers launched a furious attack on the credibility of witnesses, the evidence and the cops who spotted it. On October 3, 1995, more than half of the American population watched the famous, not guilty verdict read on national TV. The devil is in the details, as the old saying goes. And the prosecution never admitted some of the most crucial details into evidence.

A book, If I did it: Confessions of the Killer, ghostwritten by Pablo Fenjves and based on hours of conversations with Simpson himself, describes his relationship with Brown and explains how the murders would have unfolded had he committed them. It was supposed to be hypothetical- a work of pure fiction- but many people took it as an admission of guilt.

For me, the most ironic twist of the O.J. Simpson case is for many years I have lectured about the blood evidence in the Simpson case at the Public Agency Training Counsel’s seminar, which is held at the Palace Station, the hotel where Simpson was arrested back in 1995. Cases like this one are always unique and the evidence never ceases to amaze me. If you would like to hear about more celebrity cases come back and read the blog again. Next, the case of Robert Blake will be discussed.