The Robert Blake and the Bonnie Lee Bakley murder investigation 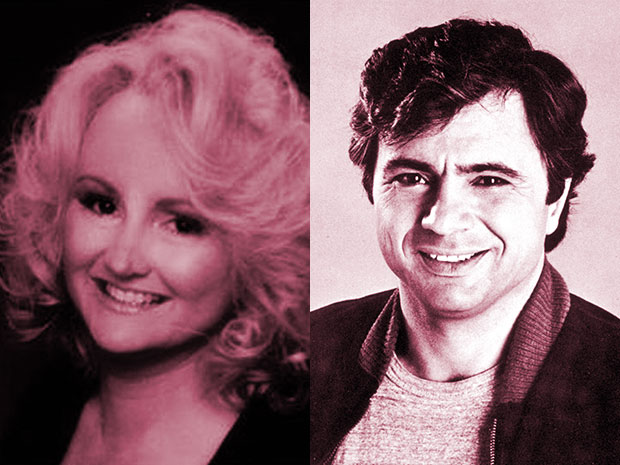 Not all murder cases I have worked on involve celebrities, most are everyday Americans. However, like O.J. Simpson, there are cases where celebrities are involved. Another one of these is the Robert Blake murder trial. Unlike Simpson, Blake wasn’t the victim, but the accused. The following excerpt from my book, Blood Secrets, details the case details and my involvement.

It was May 4, 2001 when Blake and his wife, Bonnie Lee Bakley, went to dinner at one of their long-time favorite restaurants in Studio City, California. Blake normally used the restaurant’s valet service, but on this night he parked his car down the street behind a construction dumpster under a burned out street lamp. The couple had dinner that night and walked back to their car when Blake claims to have suddenly realized he left a gun he carries for their protection, in the restaurant booth. He left Bonnie at the car and returned to the restaurant. Blake claims that when he returned to the car after retrieving the gun, he found his wife, Bonnie, slumped in the passenger seat, bleeding copiously from two gunshot wounds- one to her right cheek and one to her shoulder. Blake ran to nearby residences and found Sean Stanek, a filmmaker, and asked him to call 911 then returned to the restaurant for more help. Bonnie Lee Blakley died in the car a short time later. She was forty-four years old.

There were a number of concerning details in the Blake case First, Blake claims to have carried a gun because he was worried someone was stalking his wife. However, he parked his car on a dark street, far from the restaurant. Also, nobody remembers Blake returning to the restaurant to retrieve a gun, and the table had already been bussed and nobody reported finding a gun. Blake also left his wife behind at the car without the keys, so she had no way to roll up the windows or turn on the heater, despite the cold evening and her lightweight nylon outfit. Patrons of the restaurant remember Blake coming in distraught and shouting that his wife had been shot- then drinking two glasses of water before returning to the scene of the shooting. These details were all troubling to police, and, on April 18, 2002, the actor was arrested for the murder of his wife. After police questioned the couple’s bodyguard, Earle Caldwell, and unearthed the murder weapon, a WWI era handgun, Caldwell was also arrested for conspiracy to commit murder.

Prosecutor Shellie Samuels called my office and asked me to examine the evidence in the Blake case. She and two colleagues flew to Portland with Blake’s clothing and I examined them using my normal protocol. I put on gloves, laid the first item of clothing out on butcher paper and photographed every inch of it. Then tested the clothing for traces of blood using Luminol. Once completed, I re-seal the item, throw the butcher paper away, put on new gloves and start the process again on the next item of clothing. This process eliminates the possibility of cross-contamination. Blake’s clothing showed no traces of blood. However, no matter who the killer was, they probably wouldn’t have gotten bloody throwback on their clothing. I knew this because I flew to Los Angeles and examined Blake’s car. The measurements showed when Blakley was shot, the blow-back traveled only about eight and a half inches. High velocity mist is very fine and light, so it never flies farther than four feet from the point of entry of the bullet. Next, we traced the trajectory of each bullet working backwards from the point of entry. To understand the path of entry, imagine steel rods running from each exit wound back toward the entry wound, this determines trajectory. This path, as well as Blakley’s body position, told us whoever shot her fired through the open car window. That meant she saw her killer pointing a gun at her and she leaned to her left toward the driver side in a classic defensive position. In my opinion, she was first shot in the head and secondly in the shoulder.

To help jurors understand all aspects of a case, sometimes it is necessary to film recreations of the event. In this case, I filmed an actress sitting in a car while reenacting Blakley’s movements. We also work with animation experts to create computerized video reconstructions of crimes, which we play at trial. Blake’s trial proved to be a goldmine for tabloids due to his celebrity status. Blake also granted several jailhouse interviews to famous reporters. This along with former stuntmen from Blake’s old movie days, a minister, and a private investigator all stepping forward to claim Blake had offered them money to kill his wife, set jury selection back to square one. The tensest moment came for me, not during testifying, but after when the trial broke for lunch. I pushed a button for the elevator on the eighth floor and stepped onto the empty elevator as someone thrust an arm between the closing doors. When the doors opened, there stood Robert Blake. We gazed at each other for a second, then he stepped in, the doors closing behind him. Both of us stood there in stone-faced silence, starting intently at the ceiling, the elevator buttons, the floor, anywhere but at each other. It was the longest elevator ride of my life.

On March 16, 2005, Blake was finally acquitted of murdering his wife, though the jury remained deadlocked eleven to one on the solicitation of murder count until the judge dismissed the charge. Blake’s longtime bodyguard, Earle Caldwell, was also acquitted. The following year, Blakley’s relatives brought a wrongful death suit against the actor. I was asked to provide evidence as to how the crime unfolded based on blood spatter and bullet wounds. Blake lost the case and was ordered to pay his late wife’s relatives $30 million. He declared bankruptcy less than three months later.